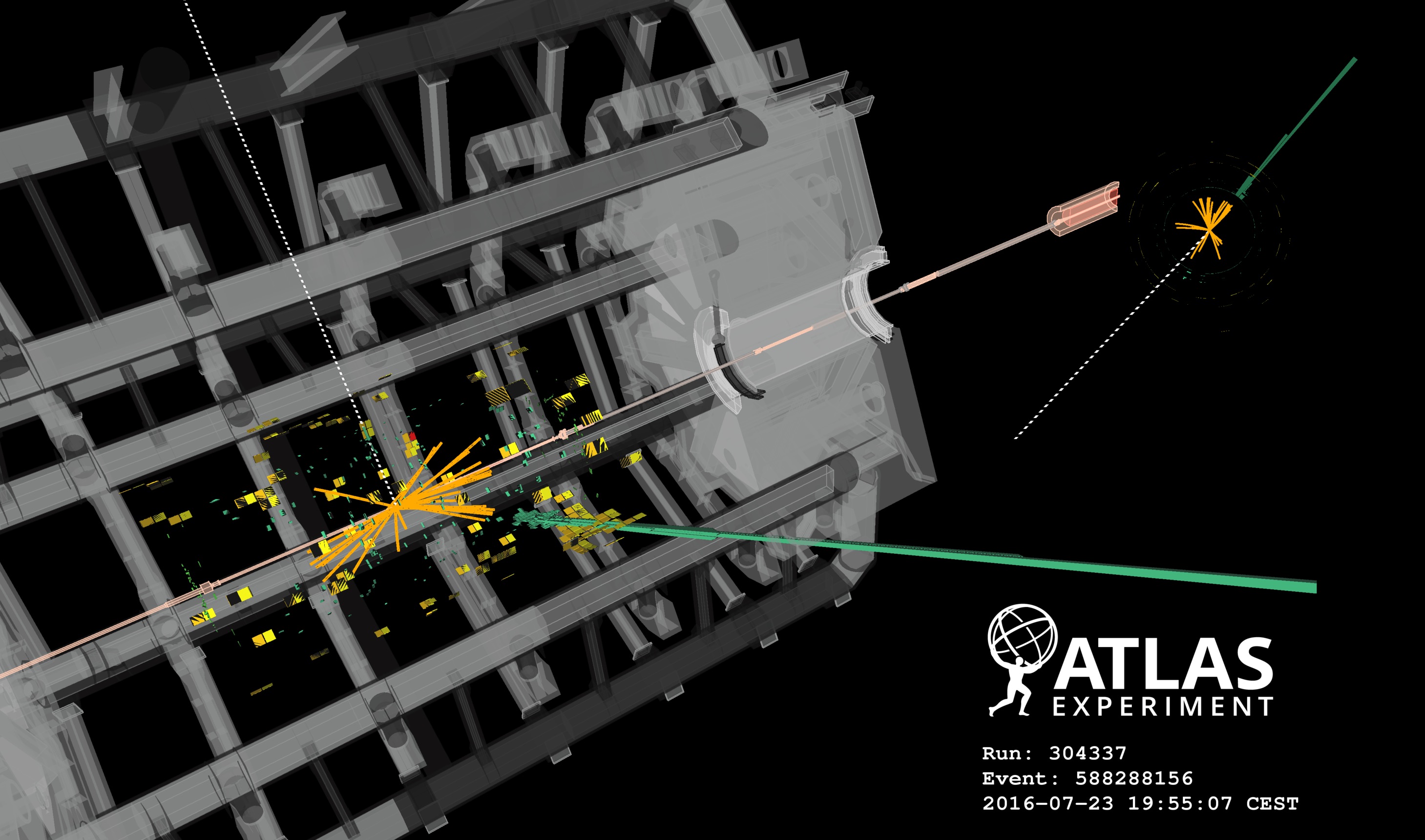 Searching for new symmetries of nature

The fundamental forces of nature are intimately related to corresponding symmetries. For example, the properties of electromagnetic interactions (or force) can be derived by requiring the theory that describes it to remain unchanged (or invariant) under a certain localised transformation. Such an invariance is referred to as a symmetry, just as one would refer to an object as being symmetric if it looks the same after being rotated or reflected. The particular symmetry related to the forces acting among particles is called gauge symmetry.

The resulting gauge bosons that carry the forces are: the massless photon for electromagnetism, the massless gluons for the strong interaction, and the massive W and Z bosons for the weak interaction. If nature has symmetries beyond those we currently know of, we could observe additional force carrying particles. The fact that such particles have not previously been discovered indicates that they could be very heavy – too heavy to have been produced by previous particle colliders.

We tend to think of these hypothetical particles as even heavier versions of the W and Z bosons, which are among the heaviest fundamental particles known today, and we refer to them as W' and Z' bosons. It is worth noting that it is the large mass of the W and Z bosons which makes the weak interaction appear so weak. And with the W' and Z' bosons believed to be at least a few tens of times heavier than their counterparts, they would have to mediate absolutely feeble interactions. This would explain why such interactions have not yet been observed.

If nature has symmetries beyond those we currently know of, we could observe additional force carrying particles.

So, how might we discover the W' and Z' bosons, should they exist? Exactly the same way that the W and Z bosons were discovered at CERN more than 30 years ago. The Z' boson is expected to decay into a charged lepton pair (electron-positron or muon­-antimuon), providing a clean signature in the otherwise crowded 13 TeV collision environment. The rest mass (or invariant mass) of the decaying boson is calculated from the measured lepton momenta. The presence of the Z' boson would manifest itself as a “bump” in the otherwise smoothly falling invariant mass distribution. The W' boson is expected to decay into a charged lepton and a neutrino, which is also a clean signature, although the neutrino is not detected and only partially reconstructed from the momentum balance in the collision event. In this case, the transverse mass is calculated as an estimate of the invariant mass, and the W' boson would be seen as a bump in the corresponding distribution.

The measured invariant mass and transverse mass distributions are shown in Figures 2 and 3, respectively. The data fit well with the expectation from known processes, and no statistically significant bumps are found. Based on the expected contributions from hypothetical W' and Z' signals, displayed as open histograms at the high end of the distributions, the lack of an excess means that if the W' or Z' bosons exist, they must have masses above approximately 4-5 TeV, roughly 50 times the mass of the Z boson. As the ATLAS experiment continues to take data in the years to come, there is still a chance that a new symmetry of nature will be unveiled, potentially providing answers to some of the key open questions in fundamental physics.