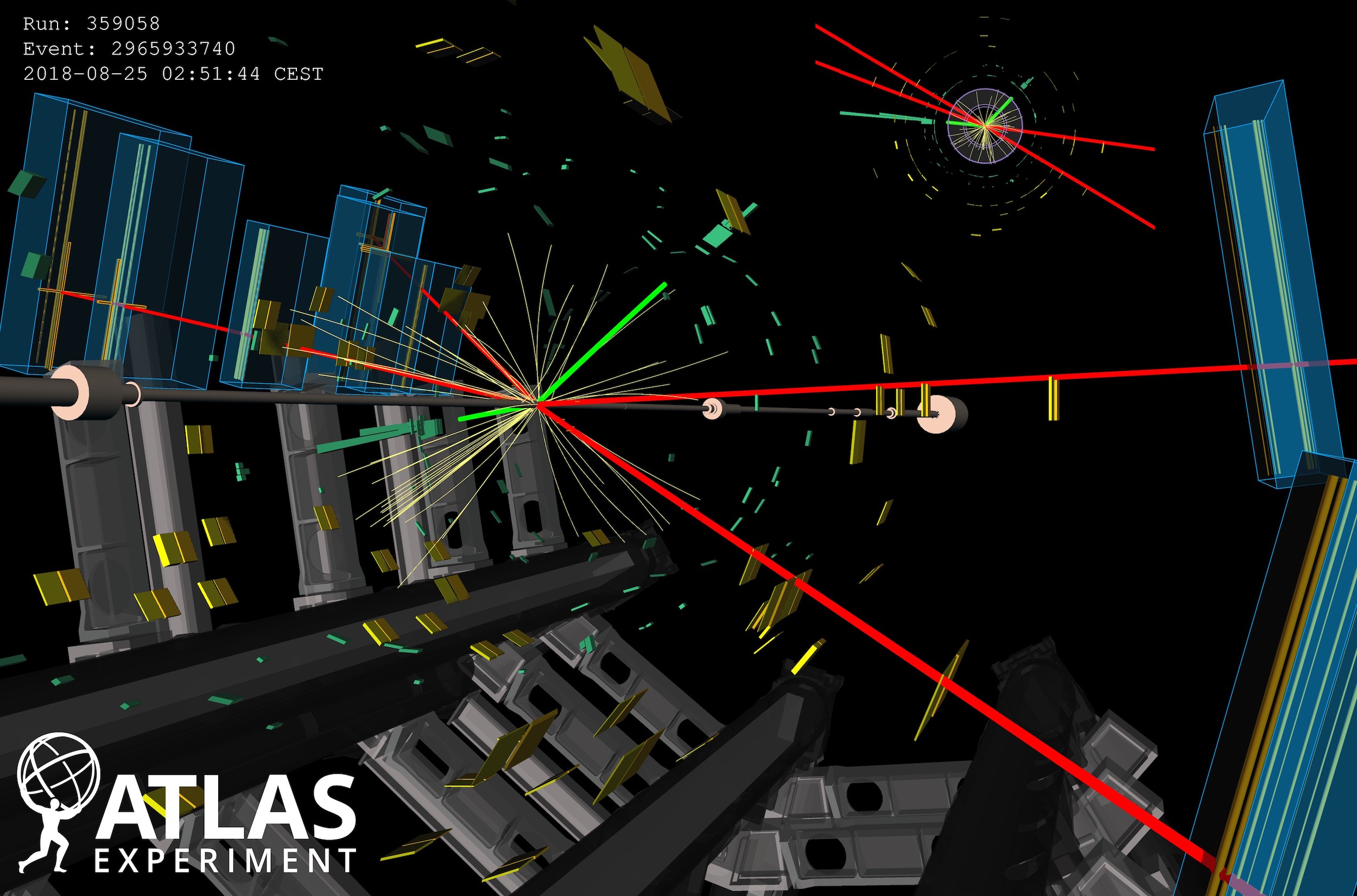 New measurements of the Higgs boson find strength in unity

ATLAS reports an important boost in the precision of combined measurements of Higgs-boson couplings, as analyses of the full Run-2 dataset proceed.

The Higgs boson, first predicted in the 1960s and discovered by the ATLAS and CMS experiments in 2012, is a unique elementary particle arising from the mass-generating Higgs mechanism of the Standard Model. It thus has a peculiar affinity to mass: the larger the mass of an elementary particle, the stronger its interaction (or coupling) with the Higgs boson. Any deviation from this pattern would reveal new physics.

Physicists can study Higgs-boson couplings in several ways: by measuring the rates of different Higgs boson production mechanisms and decays, and also by studying the particle’s kinematic properties. The ATLAS Collaboration has just presented precise new measurements of these key quantities. Several of these measurements were updated to use the full LHC Run 2 dataset (2015–2018), to provide the best precision to date.

When combined, ATLAS’ new measurements give detailed insight into this one-of-a-kind particle. They significantly outperform previous measurements, with the overall production rate of the Higgs boson found to be in good agreement with the Standard Model, within a measurement precision of 5% and about 4% uncertainty in the Standard Model prediction.

ATLAS physicists began by measuring all of the main decay “channels” of the Higgs boson: into a pair of photons, W or Z bosons, tau leptons, bottom quarks – and even muons. Though the coupling to muons is difficult to probe, ATLAS physicists recently reported a first hint of the Higgs boson decay to muons. ATLAS researchers also searched for Higgs bosons decaying to “invisible” particles, leaving only missing transverse energy in the detector – a possible portent of dark matter, for example. Their new result sets the strongest limits yet on this process, establishing that less than 13% of Higgs boson decays could be into “invisible” particles.

Across a wide range of masses, ATLAS physicists found that the strength of the Higgs boson coupling increases with the mass of the elementary particle.

With these measurements in hand, physicists were able to decipher the Higgs-boson couplings to other elementary particles. As shown in Figure 3, the strength of the coupling increases with the mass of the elementary particle, in good agreement with the Standard Model. This holds true across a wide range in masses, from the top quark (the heaviest particle in the Standard Model) down to the muon (1600 times lighter than the top quark).

ATLAS physicists paid particular attention to processes such as gluon-fusion production of the Higgs boson and Higgs-boson decays to a pair of photons. Both the gluon and photon are massless, and thus cannot directly interact with the Higgs boson. These processes are therefore mediated by other massive particles via loop interactions, which could be hideouts for new particles.

Though experiments cannot directly see these loop interactions, there are still ways to infer their content. The presence of new particles would change the rate for ggF production or the Higgs boson decaying into photons. In Figure 4, the measured gluon and the photon couplings are compared to theoretical predictions. A deviation of the measured values from unity, if established, would be a smoking gun for new physics lurking in loop interactions. Instead, ATLAS physicists observed a good agreement with the Standard Model, with measured uncertainties on the measured gluon and photon couplings as low as 5%, and an overall agreement with expectations at the 51% confidence level.

Finally, by combining together the various Higgs-boson decay measurements and including these loop interactions, ATLAS physicists set another limit on new physics. Showing the value of combined studies, this result sets a new limit of 9% for Higgs boson decays to “invisible” particles – an improvement from the 13% of the measurement quoted above.

Thanks to the excellent performance of the LHC and the ATLAS detector during Run 2, several ATLAS results have been combined to probe the couplings of the Higgs boson at unprecedented levels. Though the Standard Model remains unperturbed, the exploration is just beginning! Some important but difficult analysis channels are still to use the full Run-2 dataset – offering additional insight into the Higgs boson’s secrets.