The top quark conference normally follows the same basic structure. The first few days are devoted to reports on the general status of the field and inclusive measurements; non-objectionable stuff that doesn’t cause controversy. The final few days are given over to more focused analyses; the sort of results that professors really enjoy arguing about. We got a taste of this earlier than usual this year as discussion on top transverse momenta (pT) broke out at least three times before we even managed to get to the session on Thursday! As a postdoc, I do love this sort of debate at a workshop, almost as much as I enjoy watching the students arrive at 9am, desperately hungover and probably assuming they were quiet as they crept back into the Hotel at 3am (no Joffrey, we definitely didn’t hear you knock over that sun lounger).

Top Mass is always a great topic at this conference. This year the theorists started by reminding us, for what feels like the millionth time, of the difference between various interpretations of “mass” in perturbative QCD, telling us which are well-defined and safe to use. The LHC and Tevatron experiments then showed staggeringly precise measurements using our ill-defined definition of “Monte Carlo mass” that theorists have been complaining about for decades. This year we’ve really outdone ourselves and CMS have combined their results to produce a measurement with an uncertainty of less than 0.5 GeV! Fine, we’re not sure ‘exactly’ what the Monte Carlo mass really is theoretically, but we did also provide well-interpreted pole-mass results (at the cost of having larger uncertainties), so let’s hope that’s enough to keep the theorists happy.

While it cannot yet be said that starting a conga line qualifies as a tradition at the Top conference, it does seem to occur with increasing frequency. I have my own theories about how and why this occurs (and evidence of a certain ATLAS top convenor who seems to be close to the front of the line each time it happens…) and I find that there are few things as surreal as your bosses and ex-bosses dancing around in a semi-orderly line with their hands on your hips screaming “go faster” in your ear. Though this has little to nothing to do with top physics, I enjoy mentioning it.

DAY 4 Once upon a time, ATLAS and CMS measured the top quark’s pT distribution in data. At first, ATLAS and CMS simulations appeared to disagree with each other, and neither agreed well with the observed data. Though most of the differences between ATLAS and CMS were eventually explained (…sort of) the data itself remained stubbornly different from the simulation. Czakon et al. and theirSTRIPPER program to the rescue! David Haymes presented a differential top pT distribution at full next-to-next-to leading order (NNLO), calculated using STRIPPER, that agrees nicely with all of the data, proving that next-to-leading-order doesn’t go nearly far enough when it comes to the top quark. You’ll notice that I didn’t explain what STRIPPER actually is. In short, it is a combination of an NNLO computational algorithm, capable of providing predictions of the top quarks kinematics, and a touch of theorist humour, in the form of an extremely contrived acronym. One can only hope that STRIPPER is meant to describe the stripping away of the complexities of NNLO calculations, but I suspect that would be generous to the point of naivety. At least the speaker wasn’t wearing a horrendous anime shirt. The result itself, however, is very impressive and desperately needed in order to understand the LHC data.

Well, it’s been a very successful conference. We’ve seen the first 13 TeV results, some of the most precise results to come out of LHC Run1, and even a few Tevatron highlights! Next year we’ll be near Prague, in keeping with the tradition of the conference being held in places famous for either alcohol or beaches. See you in the conga line! 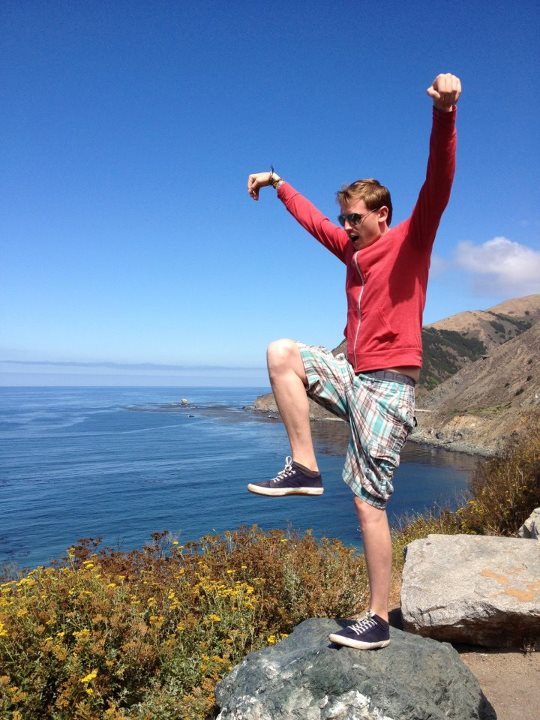 James Howarth is a postdoctoral research fellow at DESY, working on top quark cross-sections and properties for ATLAS. He joined the ATLAS experiment in 2009 as a PhD student with the University of Manchester, before moving to DESY, Hamburg in 2013. In his spare time he enjoys drinking, arguing, and generally being difficult.