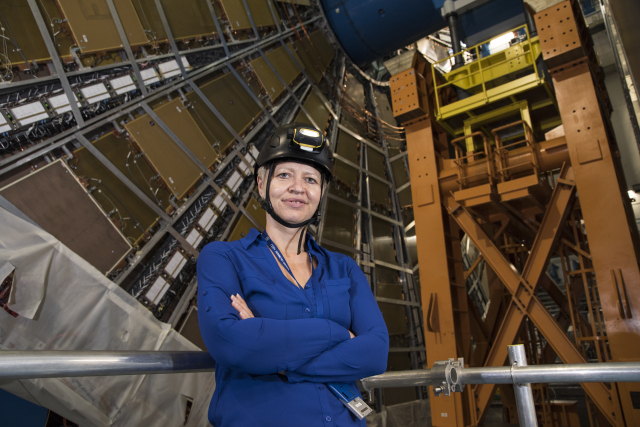 Beate Heinemann grew up in Hamburg, Germany, and studied physics at the University of Hamburg. She did her PhD at the H1 experiment at the HERA electron-proton collider at DESY in Hamburg, measuring the cross sections for charged current and neutral current interactions and extracting the structure functions F2 and xF3. After graduating in 1999 she commenced work as a postdoctoral fellow of PPARC with the University of Liverpool, UK, on the CDF experiment at Fermilab near Chicago. She worked on the commissioning of the detector at the start of run-2, and then performed various measurements and searches for new physics and held several leadership roles, such as convener of the Exotic Physics group and Physics Analysis Coordinator.

In 2007 Beate joined the ATLAS collaboration, now as professor at the University of California Berkeley and scientist at Lawrence Berkeley National Laboratory. In the first two years she focussed on helping with the installation, commissioning and data quality assessment of the Pixel detector with cosmic ray data. From 2009-2011 she served as data preparation coordinator during the LHC startup phase. And, from 2013-2017 she served as deputy Spokesperson.In August 2016 she accepted a position at DESY and a professorship at University of Freiburg in Germany. Throughout this time, she has worked in ATLAS on the measurement of luminosity and on a wide range of physics analyses. She is a member of the CERN Scientific Policy Committee (SPC) since 2017, and was a member of the Physics Preparatory Group (PPG) during the 2020 European Strategy Update.