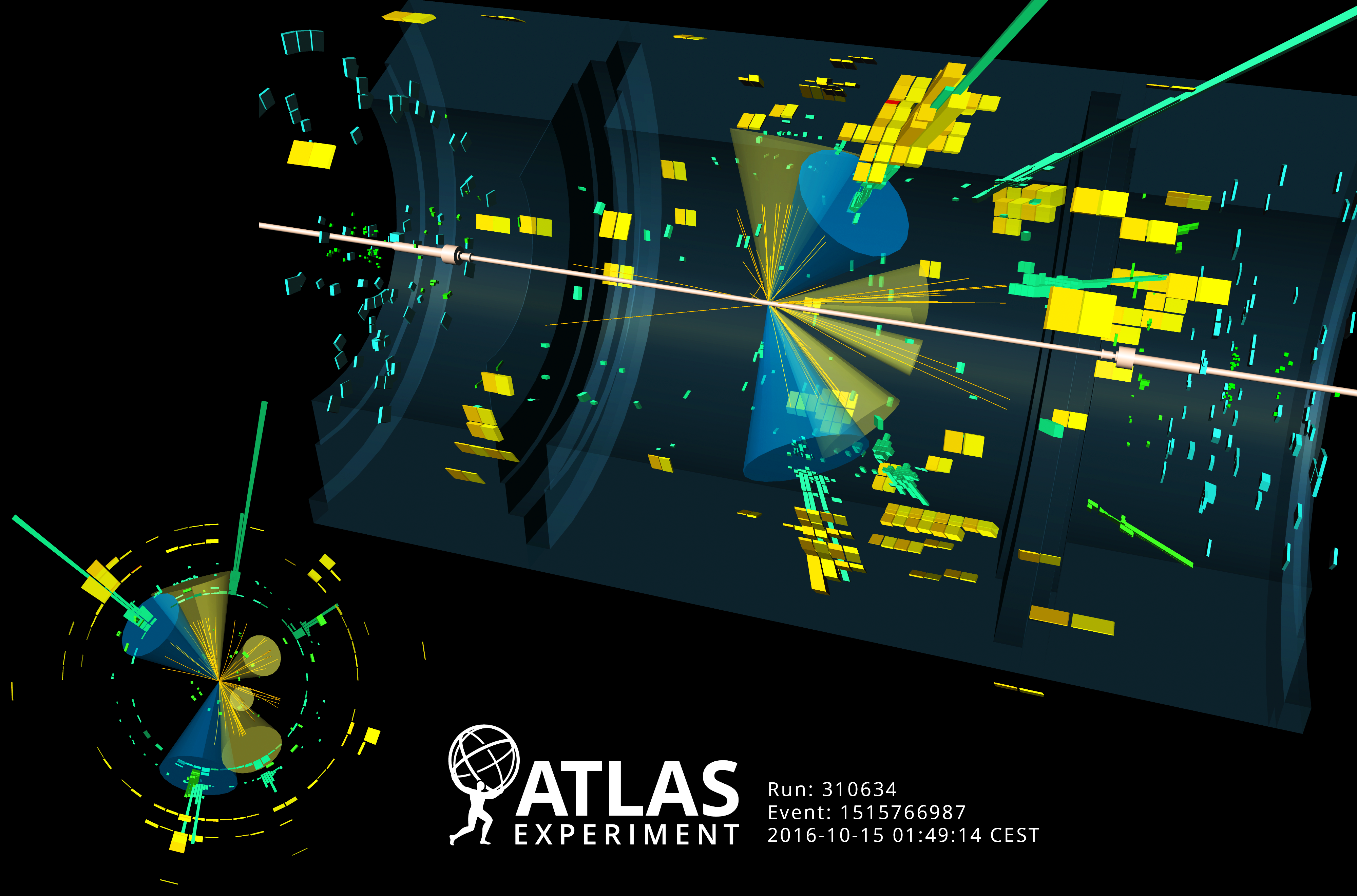 As only about 1% of the Higgs bosons are produced in association with a top-quark pair at the Large Hadron Collider (LHC), achieving this observation was especially challenging. It was accomplished by searching across many different Higgs boson decay channels, including decays to two W or Z bosons (WW* or ZZ*), a pair of tau leptons, a pair of b-quarks, and a pair of photons (“diphoton”). Their combination established ttH production with a significance of 6.3 standard deviations. The diphoton channel alone, using 80 fb-1 of data recorded by ATLAS between 2015 and 2017, provided an observed significance of 4.1 standard deviations (for 3.7 standard deviations expected when assuming ttH production to occur as predicted by the Standard Model).

At the Rencontres de Moriond (La Thuile, Italy), the ATLAS Collaboration presented an updated measurement of ttH production in the diphoton channel. The result examines the full Run 2 dataset – 139 fb-1 collected between 2015 and 2018 – to observe ttH production in a single channel with a significance of 4.9 standard deviations (for 4.2 expected).

The new ATLAS result examines the full Run 2 dataset to observe ttH production in the diphoton channel, with a significance of 4.9 standard deviations.

The analysis techniques utilised in the new result followed closely those employed in the previously published analysis – with a few exceptions. To cope with the intense 2018 data-taking conditions, ATLAS physicists revised their data calibration and selection mechanisms. In particular, the result utilises a revised procedure for differentiating photons arising, for example, from a Higgs boson decay from those induced by hadron jets, as well as an adapted photon energy calibration. Additionally, ATLAS implemented a new calibration for hadron jets, especially for those issued from bottom quarks, whose presence in the event is used to identify the decay of top quarks.

The ttH cross section times the Higgs-to-diphoton branching fraction (the probability that a Higgs boson will decay into a photon pair) was measured to be 1.58 ± 0.39 fb. Its ratio to the Standard Model prediction is 1.38 ± 0.41, in agreement with unity.

ATLAS is now working on extending the analysis of the diphoton channel – which is sensitive both to ttH and the other Higgs production modes – to the full Run 2 dataset. This complete diphoton measurement will allow for an even more sensitive test of the Higgs mechanism, and will further refine the ttH measurement.