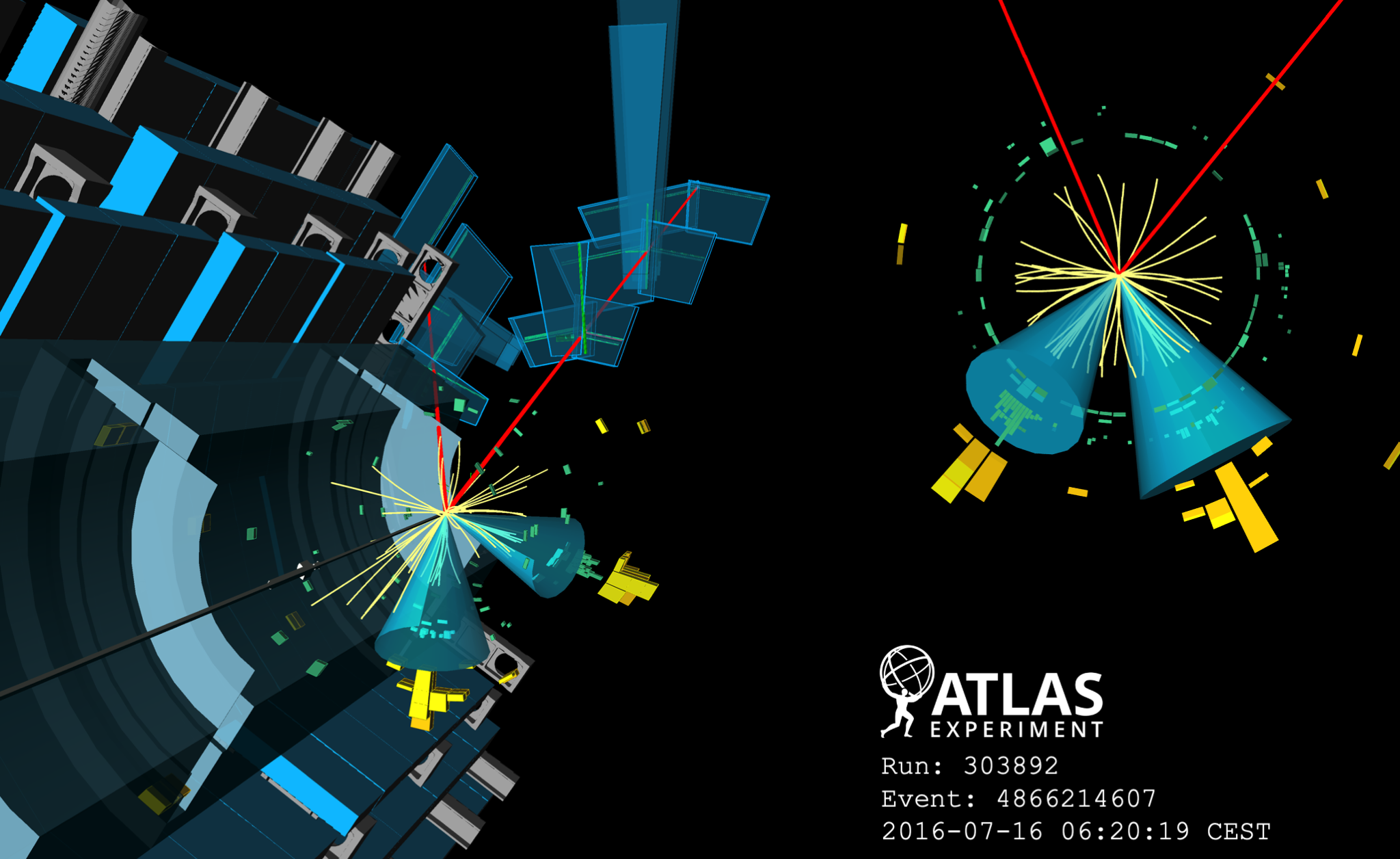 New search for charming decay of the Higgs boson

Key to understanding the Higgs boson and its role in the Standard Model is understanding how it interacts with matter particles, i.e. quarks and leptons. There are three generations of matter particles, varying in mass from the lightest (first generation) to the heaviest (third generation). Although hints of second-generation lepton interactions have started to appear, physicists have only experimentally confirmed that the masses of the heaviest quarks originate from their interactions with the Higgs field. So far, lighter quarks have not yet been observed interacting with the Higgs boson.

But spotting this decay has proven quite the challenge. It accounts for just 3% of Standard Model Higgs boson decays and, more importantly, its search is heavily dominated by background processes. For their new result, ATLAS researchers began by identifying collision events with jets of particles originating from the hadronisation of charm quarks. They used a new multivariate classification method, which would tag hadrons with particular properties, in particular their decay length from the LHC collision point. Then, to maximise their result’s sensitivity to the signal, researchers categorised these events by those containing one or two charm-quark tags.

To further suppress backgrounds from other physics processes, ATLAS physicists targeted their search to Higgs bosons produced together with a vector boson (VH(cc)), where the vector boson (W or Z) decays to 0, 1, or 2 electrons or muons. The di-charm invariant-mass distribution, after subtraction of the backgrounds, is shown in Figure 1.

Researchers validated this analysis strategy by also studying events with two vector bosons that contain the decay of a W boson to one charm quark (VW(cq)) or the decay of a Z boson to two charm quarks (VZ(cc)). The VW(cq) process was measured with a signal significance of 3.8 sigma, and the VZ(cc) process with signal significance of 2.6 sigma. Both measurements, using charm tagging, are in agreement with precision measurements at previous experiments.

Physicists found no significant sign of the decay of the Higgs boson to charm quarks; the result was used to set a limit on the rate of the VH(cc) process (at the 95% confidence level) to be 26 times the rate predicted in the Standard Model. This limit also allowed ATLAS physicists to – for the first time – give a meaningful interpretation of the Higgs–charm coupling (see Figure 2).

About the event display: Candidate event for the ZH → μμ cc process, where a Z boson and a Higgs boson decay to two muons (red tracks) and two charm-tagged jets (blue cones).