Very exciting day at CERN about the Higgs??!

Good morning science addicts and everyone! What a special day at CERN today!

Indeed, the ATLAS and CMS experiments have just released some outstanding results and observations about the search for the Higgs boson, and the ATLAS and CMS spokespersons (Fabiola Gianotti, and Joe Incandela) just presented those results in the main auditorium at 9 a.m (CERN time).

Just before we get to the big news, let me describe a little bit the atmosphere we could feel around. Knowing the seminar would be at 9 am, and the doors opening at 7:30 am, I thought that arriving at 7 am would make it (to get a sit in the main auditorium). What a fool !! Arriving at the main restaurant, the queue was already going till the new building of restaurant 1 ! Then, approaching the room, I heard that some students had the good idea to spend the whole night in front of the doors of the main auditorium. Maybe those who arrived around 5:30 am this morning could enter at the very last minute, as the last lucky persons inside. Obviously this was not a big deal for the (very special) persons invited (did you hear that Peter Higgs was there ?)...

Thankfully, there were several webcast retransmissions, for instance in the council chamber (reserved for the press), all the meeting rooms in building 40, the globe, TH, IT and TE auditoriums, as well as Prévessin. In short, pretty much everywhere we meet in CERN. In addition, two live channels were webcast (one for CERN users, and one totally open to the public). So, as you could expect, I couldn't get into the main auditorium, but went back to the office to watch the CERN webcast.

9 a.m. Joe started. Mmm impressive atmosphere, with a huge tension. Even Joe admitted that, joking that he didn't know why ;-) Then, he started one of his 170 slides or so... saying that this was still not enough to explain, show, and thank the huge amount of work, and all the persons involved in this extraordinary adventure !

About one hour later, Fabiola announced the remarkable results obtained by ATLAS: Combining results on various decay modes also observe a boson of 126.5 GeV mass with a local significance of 5 sigma!! We found it! And what a good agreement between the 2 experiments!

As the speakers said, we should thank (and think about) all the people involved in the different fields (accelerators, detectors, theory, computing, labs, personnel, engineers, technicians). We can be all proud of these great and amazing scientific achievements.

As our Director General (Rolf Heuer) said, this is a historical milestone. Fabiola also reminded us that this is also the start of the Higgs era. Some other questions are already on our mind: Is this a Standard Model Higgs? What are its properties? Can we find other particles? What about the Higgs mechanism...? Such an exciting time.

As this is very interesting, I'll try to write very soon (in the coming days) a complete article about the Higgs discovery, with more details about the decay channels, and some historical references. 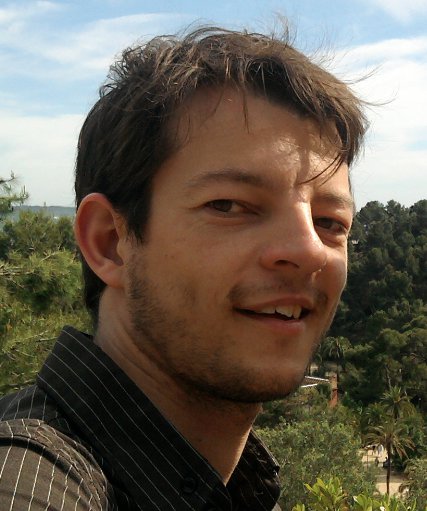