One of the most intriguing and interesting characteristics of the Standard Model is the electroweak spontaneous symmetry breaking introduced by the Higgs mechanism. The non-trivial structure of the Higgs potential is responsible for the Higgs mechanism, which gives mass to other Standard-Model particles, and is key to understanding the stability of our Universe. Measuring the strength of Higgs boson interaction with itself – the “Higgs boson self-coupling constant”, which is one of the main Higgs properties that is still largely unconstrained – could give direct insight into the structure of the Higgs potential. Results can also shed light on the existence of phenomena beyond the Standard Model if the self-coupling deviates significantly from the Standard-Model prediction.

In the most recent effort to constrain the Higgs self-coupling constant, ATLAS physicists used the full Run 2 dataset (collected during 2015-2018) to perform a combined study on the production of a single Higgs boson and two Higgs bosons. This single-Higgs analysis was featured in a paper released in Nature today, looking back on 10 years of Higgs boson research at the ATLAS Experiment

Getting to the bottom of the di-Higgs search

Although the production of di-Higgs is very rare, it depends directly on the Higgs self-coupling. To increase the sensitivity of their study, physicists focused on the most common decay of the Higgs boson (into two bottom quarks, bb) and combined three different di-Higgs decay channels. Each channel was required to have at least one Higgs boson decaying into two bottom quarks and the other Higgs-boson decaying into either two bottom quarks (bbbb), two tau leptons (bbττ), or two photons (bbγγ). Together, these account for 41% of all di-Higgs decays.

Di-Higgs should be observed decaying to bbbb most frequently – however, distinguishing it from other, similar processes can be tricky. A very large background arises from the production of multiple ‘jets’ of particles and identifying particles originating from bottom quarks is difficult. The bbγγ channel has the lowest production rate, but has the advantage of a smaller background since photons are relatively easy to identify. The bbττ channel has a moderate production rate; the challenge here lies in the fact that tau leptons have several decay channels, including into neutrinos, particles that cannot be detected by ATLAS.

The result of ATLAS’ search for di-Higgs production can be seen in Figure 1. Physicists set new upper exclusion limits on its signal strength – that is, the observed event rate over the Standard-Model prediction – from bbbb, bbττ, bbγγ and their combination. The combined limit at 95% confidence level is observed at 2.4 times the Standard-Model prediction. This is a very strong constraint on the di-Higgs production rate and improves upon the previous result by 29%.

Direct searches are not the only way to study the Higgs boson’s interaction with itself. The self-interaction is also expected to impact processes in which only a single Higgs boson is produced. This is due to the presence of higher order corrections to the single Higgs cross-section, accounting for a small contribution to the total production of single Higgs of approximately 1-5%. However, considering the single-Higgs production rate is three orders of magnitude higher than the di-Higgs process, and is thus measured with much higher precision, the contribution of the Higgs self-interaction to single-Higgs measurements is not negligible.

By combining the single- and di-Higgs measurement, the ATLAS Collaboration has derived stringent constraints on the Higgs boson self-coupling with respect to its Standard-Model prediction. As these constraints presume the Higgs boson interacts with other Standard-Model particles exactly as predicted, they might be biased should there be a deviation from the Standard Model. Thus, ATLAS physicists also derived these constraints with those assumptions relaxed – a feat only achievable thanks to the precision measurements provided by the single-Higgs analyses.

The combined results exclude potential values of Higgs self-coupling constant (𝛋λ) outside the range of -0.4 to 6.3 with a 95% confidence level, as shown by the black line in Figure 2. This constraint is relaxed to the range of -1.3 to 6.1 if all couplings of the Higgs boson to other Standard-Model particles are simultaneously measured, as shown by the green line.

These results provide the strongest constraints on Higgs self-interactions from the ATLAS experiment so far. ATLAS physicists are very much looking forward to exploring additional decay channels (e.g. di-Higgs decays to two bottom quarks and either two W or Z bosons), both with the current dataset and with the coming LHC Run 3 dataset. 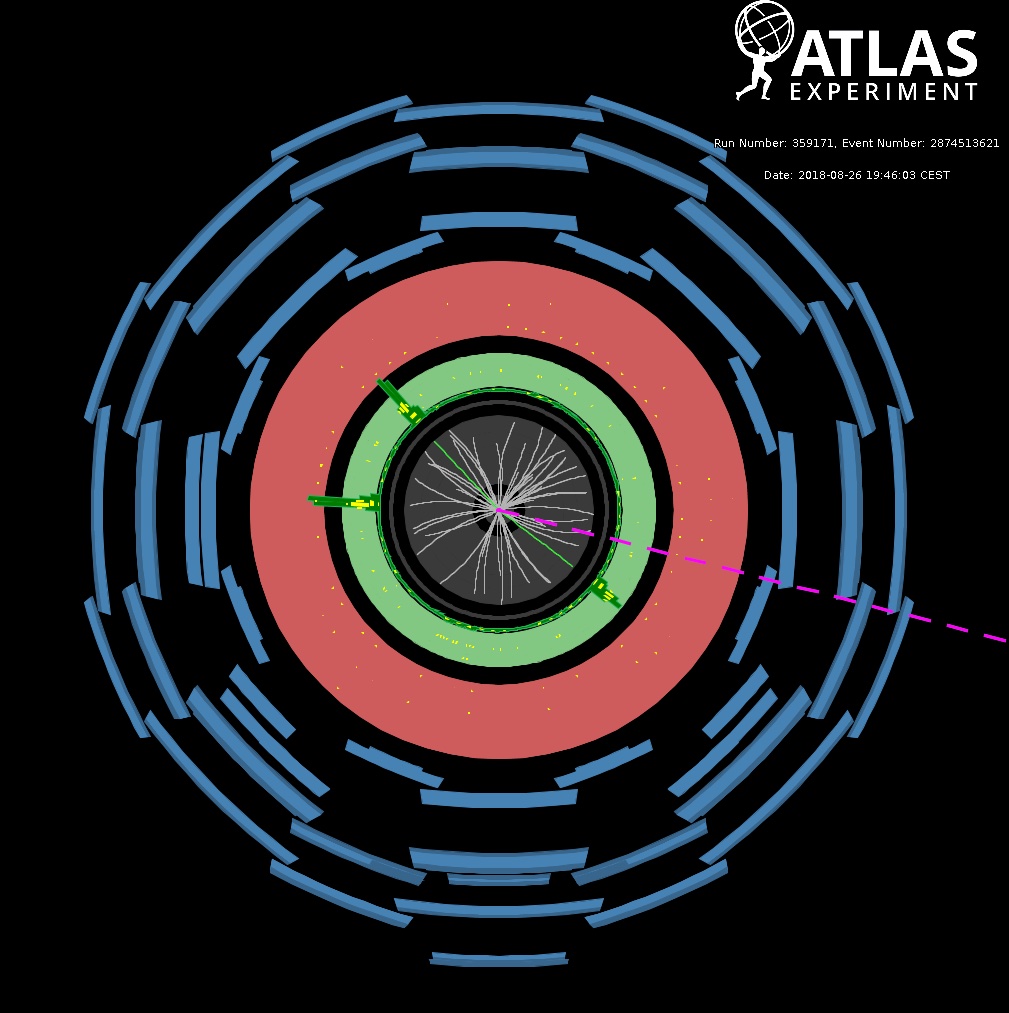